Keeping 'The Star' Top of Mind

Western Star Butter has been made in the Western farming district of Victoria for almost 125 years. Used by generations of Australian families and the food service industry alike, Western Star has stood the test of time.  It is an essential ingredient in many recipes and often the key to perfecting a dish. To ensure Western Star remained top of mind in food service professionals and with competitors launching their own 1kg butter blocks, Fonterra Food Services engaged Blink to create a bold Western Star print and online advertising campaign.

Inspired by its proud Australian heritage, iconic branding, tradition and superior quality, Blink created a series of advertisements playing on the word ‘star’ to communicate its prominence in the kitchen as the key ingredient to many dishes, its ability to elevate the quality, taste and texture of food, its long and proud history as Australia’s prominent butter and its outstanding quality that cannot be substituted.

Set in a commercial kitchen, the advertisements emphasise that Western Star is the chef’s choice. The classic cursive font adds a traditional and nostalgic cookbook charm, while the distinctive products take centre stage for pack recognition. 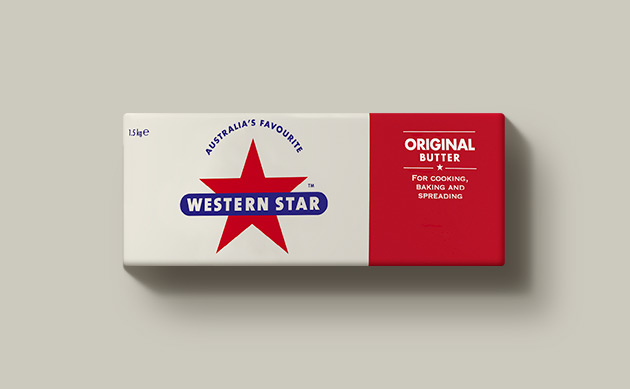